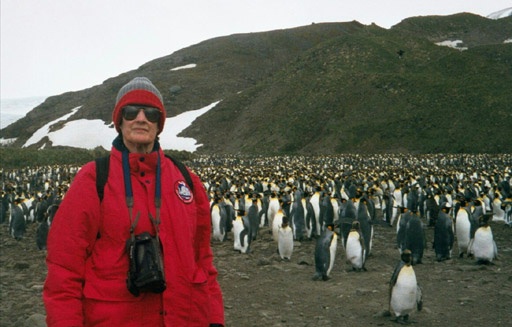 Here I am on South Georgia, amid roughly 300,000 nesting pairs of king penguins humming to each other. Yes, the sound is not a squawk; it’s more of a buzzing. Each of the seven species we encountered in numbers had distinct voices so even we could distinguish between species. Somehow, the parents and their chicks of each type, in gigantic numbers, find each other by some individual quality of voice.

True, in my childhood neighborhood, parents had distinctive ways of calling us home for dinner. My father whistled Old King Cole. (Don’t ask me why. I just ran home when I heard it.) My friend’s mother hollered, “Janice Eloise Marsh, you get home Now.” One unusual mom rang a little silver bell. We all knew which parent was summoning which child. And these king penguins recognized their own buzz

It was always colder in Nebraska than where I was—except for one day: the day we were to swim. True. On Deception Island there’s a volcano that sends streams of molten lava underground to the sea. The idea is to dig a hole just at the island’s edge, let seawater in, where it will be heated by the volcano.

The day we visited, thanks to Murphy’s Law, a storm roiled up. Sleet blew horizontally, lashing at us, and the volcano–went on strike. All we could count on was a scant trickle of what was probably warm at the source but not at water’s edge. Our “swim” meant plopping into 31° water for a few seconds, jumping up and dashing through the sleet to the fastest zodiac we could pile into and trying not to freeze on the ride back to the ship and hot toddies.

What a splendid continent—the amazing colors of the bergs, the sense of traveling with our own community to a place relatively un-peopled, the amazing wildlife.  We even saw an emperor penguin where none should have been. Never again will I experience such silence and such vastness. Or such alien beauty. 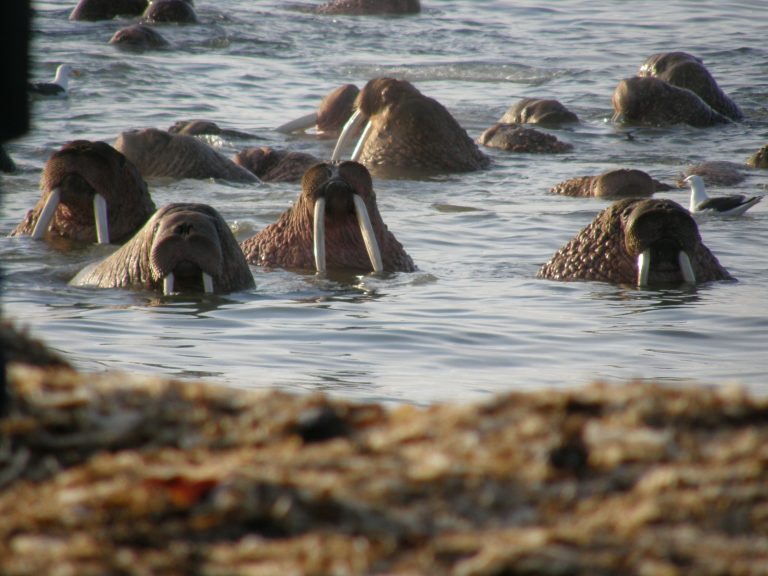 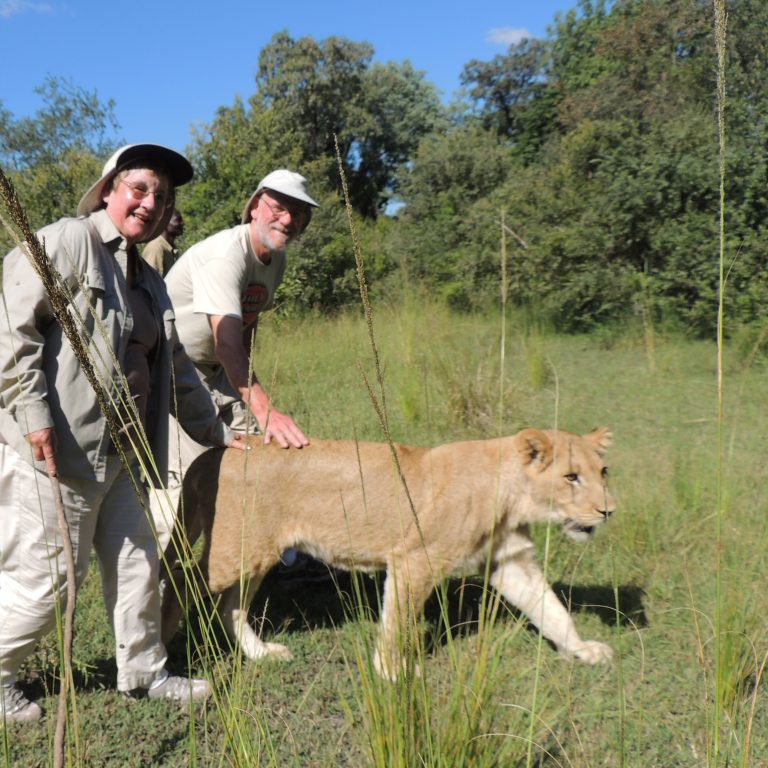 The answer to your first question is no, I wasn’t ever frightened. Cautious, yes. Somewhat intimidated, sure. Adrenaline pumping, you bet. But scared? Never. Our lion encounter began with a lecture about lion conservation and preservation. We learned our lions, acquired when they were orphaned and were now two years old, would be under the… 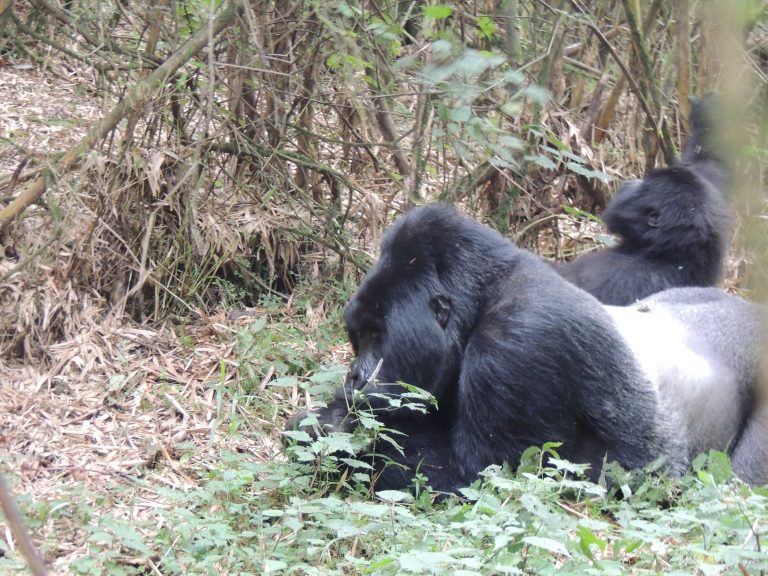 Rwanda: genocide museum–volcanos—mountain gorillas. Impossible. And yet, there we were. The steep fee for visiting the gorillas covers guides, bearers, walking sticks, and a tracker to keep base camp apprised of the location of the various groups of gorillas, which are continually on the move. To get to any group, one climbs a volcano. The… 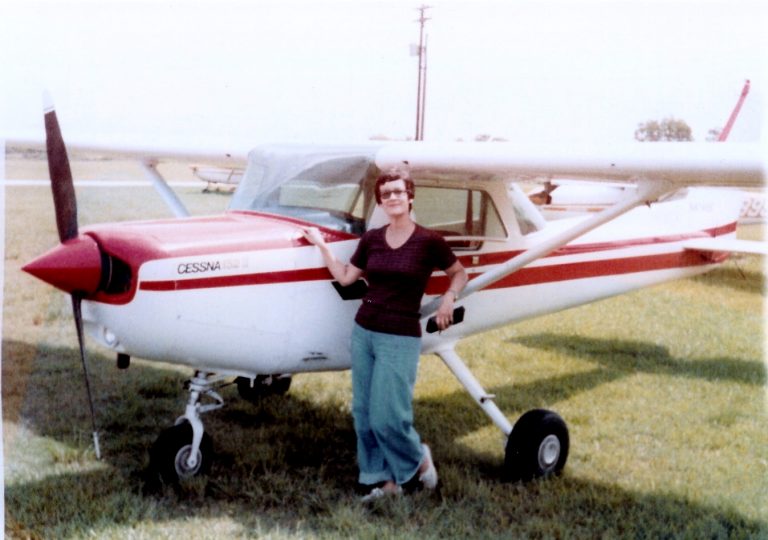